Bethany Minelle at the Edinburgh TV Festival
16 hrs ago

Madonna supports Miley as she denies cheating on Hemsworth

© Getty Louis Theroux was speaking to presenter Dawn O’Porter at the Edinburgh TV Festival It Is nearly 20 years since he spent three months with the former Top Of The Pops presenter, and he now describes the resulting documentary – When Louis Met… Jimmy – as “the strangest and most upsetting event I’ve ever been involved in”.

Speaking to presenter Dawn O’Porter at the Edinburgh TV Festival, it is Theroux himself who first alluded to Savile early in the hour-long discussion.

The 49-year-old gonzo journalist joked about the prospect of being given a “Jim’ll Fix It Badge” as a reward for a particularly arduous interview early in his career.

A master of the subversive interview, Theroux knows any journalist – even a long-time friend like O’Porter – will inevitably ask the Savile question.

So, was the disgraced entertainer his friend?

He chooses his words carefully: “I would never really call him my friend in a straightforward way. We were friendly. I had friendly feelings towards him.”

© PA After 25 years working for the BBC, Theroux is setting up a factual entertainment company Some might say this is semantics rather than a straight answer.Others would say hindsight is a wonderful thing.

They described the scale of sexual allegations reported against him as “unprecedented”.

While Savile is now known to have been one of the UK’s most prolific sexual predators, when the documentary was made in 2000 he was – in Theroux’s own words – “seen as an irritating old fart”.

Theroux admits the initial interview was pitched “to slightly poke fun at him” rather than with any intention to confront him over any rumours of wrongdoing.

© PA Following Jimmy Savile’s death in 2011, hundreds of alleged victims contacted police Despite the documentary’s journalistic heart, Theroux insists at the time that “there wasn’t enough to go on to make [Savile’s paedophilia] a relevant topic of inquiry”.

In the programme, it is Savile who brings up the issue of paedophilia, telling Theroux he puts out rumours that he hates children “to put salacious tabloid people off the hunt”.

“Does it work?” asks Theroux.

“It works a dream,” Savile replies.

Theroux describes the exchange as Savile’s hallmark move of being “weirdly brazen”.

Chilling as it is to watch back today, at the time Theroux admits: “I thought he was an okay guy.”

But while admitting he “failed to get to the truth”, he also stands by his work.

“The programme is strong… I watched it since everything came out and it’s still a hard-headed piece of journalism,” he said.

© Reuters Louis Theroux is a master of the subversive interview He went on to see Savile “maybe three or four times” after the documentary, even making a mini-show called When Jimmy Met… Louis, in which the tables were turned he visited Theroux’s house and talked to him about his life.

Theroux says Savile liked his work and was accordingly “always happy to be in my orbit. He saw me as a way to stay relevant”.

Following Savile’s death, and subsequent revelations over the extent of his paedophilia, Theroux made a full-length follow-up documentary, Louis Theroux: Savile in which he talked to several of the DJ’s victims.

Theroux also says that being duped by Savile has unintentionally given him “an education into how grooming works and how abuse often takes place”.

It is that knowledge that inspired him to tweet about the Channel 4 documentary Leaving Neverland earlier this year, defending the programme’s two subjects – Wade Robson and James Safechuck – who claim they were abused by Michael Jackson as children.

Theroux called Jackson’s defenders “wilfully blind” and accused those campaigning against Robson and Safechuck of “colluding in the silencing of victims”. 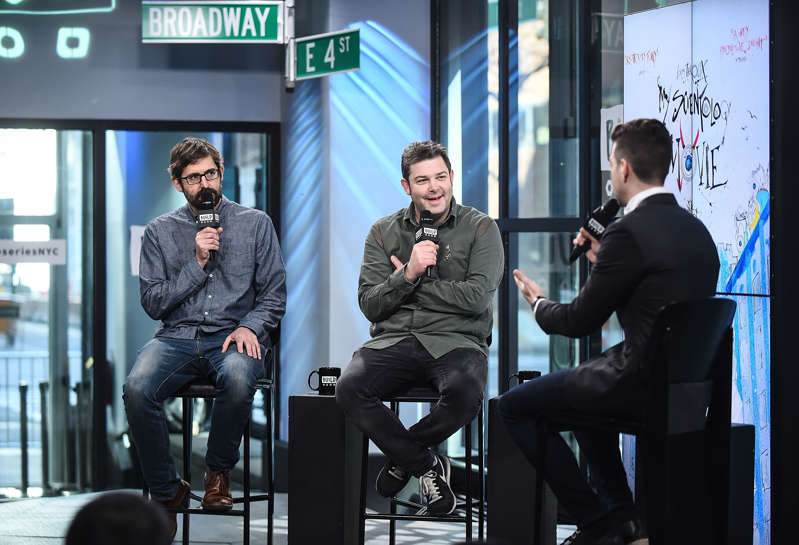 © Getty Images Louis Theroux and John Dower attend the Build Series to discuss the documentary ‘My Scientology Movie’ at Build Studio on March 9, 2017 in New York City. He says this post was an exception to his rule: “I generally resist doing tweets that will be controversial or divisive, but on this one I’m going to stick my head above the parapet and take a stand.”

Away from his backward look at Savile, Theroux had future news for his fans.

After 25 years working for the BBC (including “a fallow year when no celebrities would talk to me”), he is setting up his own independent factual entertainment company.

Theroux said it will make “first-person documentaries, in which we go to the extremes or find stories which have real intimacy and psychological depth” – describing them as “really well-made, mature, funny, quirky, observational factual documentaries… in the vein of the sorts of things I do, but not necessarily with me in it”.

Theroux says that BBC Studios (the commercial arm of the BBC) taking over the production of many formerly in-house produced shows was his “n**ge”. 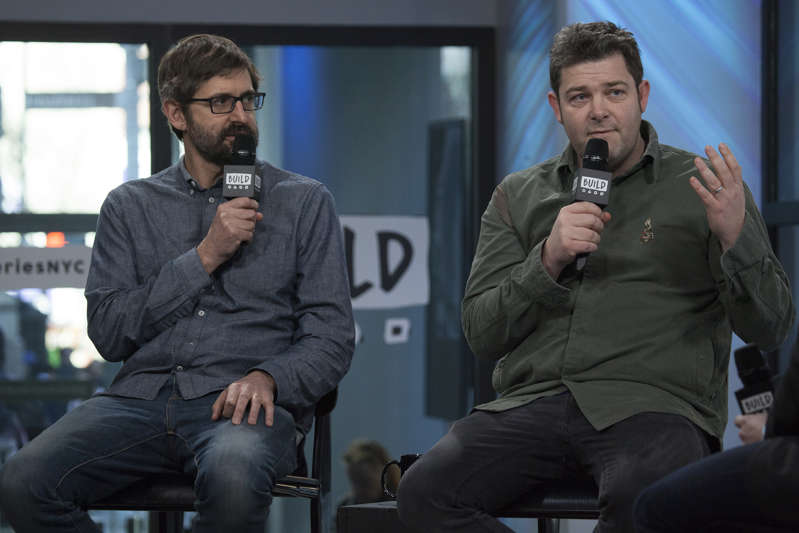 © Getty Images Louis Theroux and John Downer attend Build Series to discuss “My Scientology Movie” at Build Studio on March 9, 2017 in New York City. “I thought if I’m now working for basically a big indie, maybe that’s the time for me to sort my own indie.”

He’s currently “having meetings about how to get the money” for this new endeavour.

Whether Theroux’s work will take on a new direction once he steps out of his BBC role and becomes his own boss remains to be seen.

A self-confessed “creature of habit” who gets the same lunch every day, one would suspect not.

But as the subjects of his documentaries discover to their cost – you underestimate Theroux at your peril. 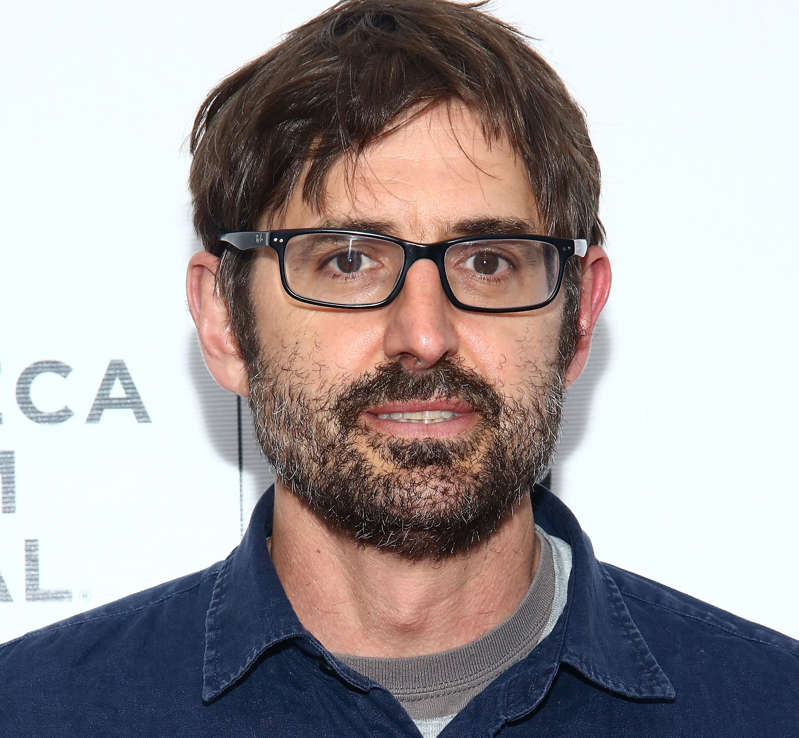 © Getty Images Louis Theroux Matching the current public mood of unrest and disquiet, he admitted he is enjoying a small part of the tempestuous political climate.

Theroux said: “There’s a certain part of this populist moment that I do like. I’ve always had enough of the chaotic pyromaniac in me that I enjoy maverick voices.

“Along with the nonsense and dangerousness and the racism, there’s bits of it that are useful and positive.”

Time will tell what Theroux’s inner “chaotic pyromaniac” has in store for Brexit Britain, but one thing’s for sure, it won’t be boring.

Explore the issues faced by the UK’s most vulnerable children and young people this summer and discover what you can do to help.