Sexual assault survivors reveal what they were wearing when they were attacked as part of a harrowing exhibition – including military uniform, a child’s sundress and a fairy costume 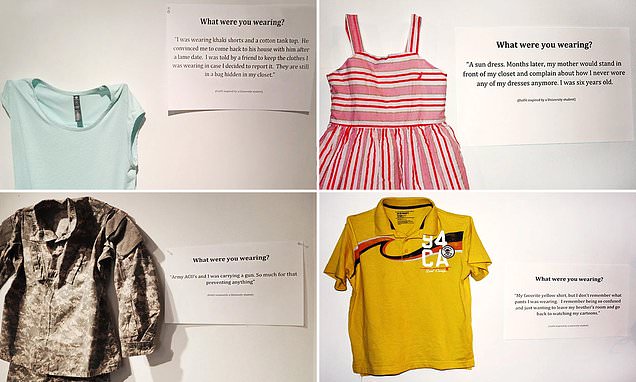 The ‘What Were You Wearing?’ installation features 18 outfits recreated by unnamed university students and was first shown in Arkansas, before touring the world. Clothes are accompanied with testimonies from survivors, reflecting on what they wore. Pictured, clockwise from top left: A light blue t-shirt, a child’s sundress worn by a six-year-old, a child’s yellow t-shirt and military uniform.

By KEITH GRIFFITH FOR DAILYMAIL.COM and ASSOCIATED PRESS

A woman who was convicted of killing of her stepdaughter by starvation has been sentenced to death by lethal injection.

Tiffany Moss, 36, showed no emotion on Tuesday morning as a jury in Gwinnett County, Georgia delivered the death sentence for the murder of 10-year-old Emani Moss in 2013.

On Monday, Moss was found guilty of all counts, including murder, cruelty to children and trying to conceal the death of Emani by burning her body in a trash can. The girl weighed just 32 pounds when she died.

Moss represented herself at trial and mounted no defense. She made no opening statement or closing argument and called no witnesses, saying she hoped that God would see her through the case. 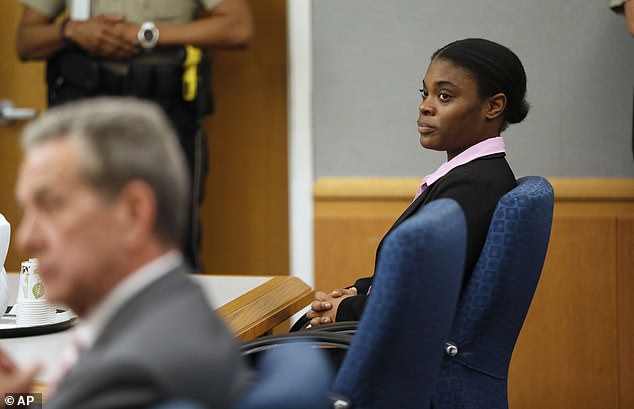 Tiffany Moss watches as the jury is polled about the verdict sentencing her to death on Tuesday in Lawrenceville, Georgia. Moss was found guilty of all counts including murder, cruelty to children and trying to conceal the death of 10-year-old stepdaughter Emani Moss 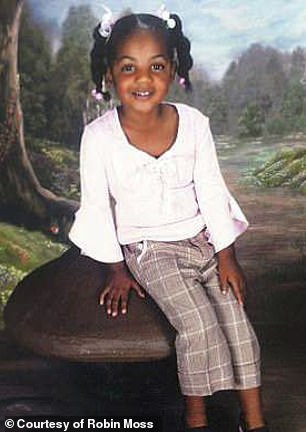 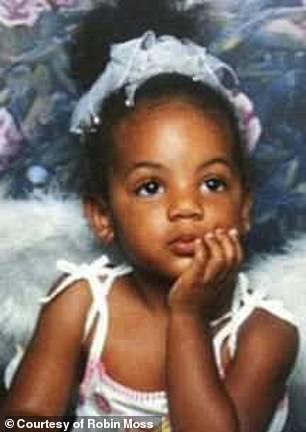 Emani (left and right) weighed just 32 pounds when she died of starvation in 2013. The court heard that Moss and her husband tried to burn the girl’s body in a trash can 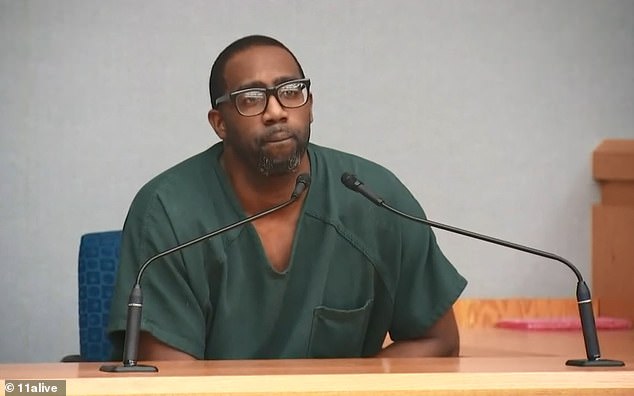 Eman Moss, Emani’s biological father, testified that he and Tiffany stuffed Emani’s body in a trash can and burned it. He pleaded guilty for a life sentence in exchange for testifying

Bus driver who admitted to raping 14-year-old girl gets probation, no jail time

Kansas City Police Chief Terry Ziegler said the victim and other siblings were left at home Friday night with a family friend, and then the following morning the 2-year-old’s mother found injuries on her daughter.

The child was taken to Children’s Mercy Hospital in Kansas City where health officials confirmed there was evidence of a rape, and that the child also tested positive for an STD, police said.