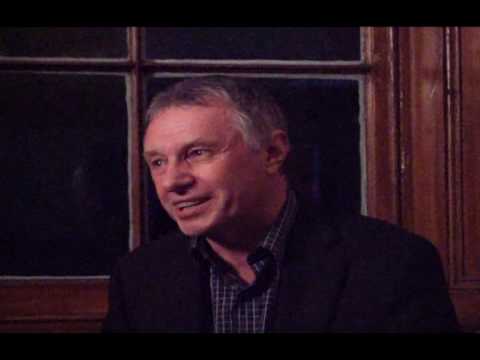 It is interesting to note that the Daily Mail, in responding to my complaints about its attacks on me and by extension, Hollie Greig, has reverted to quoting the outrageous “Hollie Greig Hoax” nonsense from the edition of Herald Scotland in June 2012, which many readers will have come across.

It is time for readers to be made aware of the truth about how that story came to be published in the way that it was.

The author of the piece, David Leask and I had been in previous occasional correspondence in preceding years and I did not find his previous reporting of the Hollie Greig case to have been unreasonable.

However, when he phoned me a first few days prior to the publication, I sensed an unexpected change in his demeanour and suspected a trap. In order to prevent a possible unjustified attack on Hollie, Anne and me, I immediately sent all the independent expert witness documents on which I had relied by express recorded delivery to Leask, so that he could not avoid being able to say that he did not have the evidence in front of him before publishing.

The documents included the testimonies and references from Dr Frances Kelly of Grampian Police, Dr Jack Boyle, Dr Eva Harding, Dr Paul Carter, who was the medical officer for Hollie`s school and a letter bearing the name of Chief Constable Andrew Brown. All of the evidence was totally supportive of Hollie`s claims and in Dr Eva Harding`s analysis, she even unequivocally named two of those named by Hollie as definite sexual abusers.

In the case of the Chief Constable`s letter, its penultimate paragraph contained the following words “Officers who have dealt with Hollie have taken the view that she was a truthful witness, to the best of her ability and an entirely innocent victim.”

It could hardly be clearer, or from a more authoritative source. However, Leask was determined to make sure that the Herald Scotland`s readership would know nothing of this.

If you read this dreadful article, you will see that Leask makes no reference to these crucial documents, all from impeccable sources and just focuses on the black propaganda of a “hoax”, which is clearly a ludicrous and unsustainable position for Leask to take.

That is not all.

Just before publishing, Leask called me again demanding that I provide him with Anne Greig`s phone number, as he wished to speak to her. I reminded him that as a result of Aberdeen Social Services` instigation, Anne had been placed under an injunction in England forbidding her to speak about Hollie`s case. Suspecting that Leask`s motive may have been to deceive Anne into breaching the said injunction, I refused to give him any contact details but instead asked him to put his questions to me by email, so that I could forward these on to be scrutinised by Anne`s legal team, who would, no doubt, deal with Leask`s questions in an appropriate manner.

Unsurprisingly, Leask declined to take up this perfectly reasonable suggestion and went ahead with the article, again making no mention of this issue.

Of course, Leask was only too happy to quote from sources with  vested interests in supporting his bias, including Alex Salmond`s solicitor Peter Watson, currently described as the “eighth defender” in the Heather Capital fraud investigation and BBC Scotland`s Mark Daly, who had so cruelly betrayed the trust of Hollie and Anne three years earlier, after assuring them that programmes highlighting Hollie`s case would be broadcast.

The Herald Scotland article was thus utterly disgraceful and misleading in many ways, but perhaps the most serious issue to be considered was its sheer cowardice in attacking two brave women whom it knew could not defend themselves for legal reasons.

Occasionally, some of your visitors may see an advertisement here,
as well as a Privacy & Cookies banner at the bottom of the page.
You can hide ads completely by upgrading to one of our paid plans.

NAE WONDER THE HERALD NEVER GOT BACK TAE ROBERT

To: richard.walker@heraldandtimes.co.ukSubject: Article by David Leask about Hollie GreigDate: Mon, 18 Jun 2012 16:29:09 +0000Dear Mr Walker,I would like to express my disappointment in David Leask`s article in the Sunday Herald. I believe that the article is grossly unbalanced and in a few cases, factually inaccurate.As far as the one of the…

← another person dies under the care of POLICE SCOTLAND corporate manslaughter anyone?
Woodys witch hunt? Sounds just like the dirty noncing hoaxers eh →

ONE THOUGHT ON “ONE DEVASTATING FANTASY: THE IMPACT OF AN INTERNET SCANDAL DAVID LEASK CHIEF REPORTER AND NOW THE TRUTH”