‘I’m so depressed. I’m just going to go to sleep now and hope I never wake up’: Gary Speed’s widow reveals new letter showing the Wales manager battled depression from age of 17 until he took his own life

By BRIDIE PEARSON-JONES and CONNOR BOYD FOR MAILONLINE

Gary Speed’s widow has found a letter suggesting the troubled football icon struggled with mental health problems since he was a teenager.

Louise Speed, 48, said ‘nobody had seen it coming’ when she found the father-of-two hanged in their Cheshire garage in 2011.

Now, she has revealed she stumbled on a handwritten note he sent her when he was 17 playing for Leeds United where he speaks of ‘wanting to never wake up’. 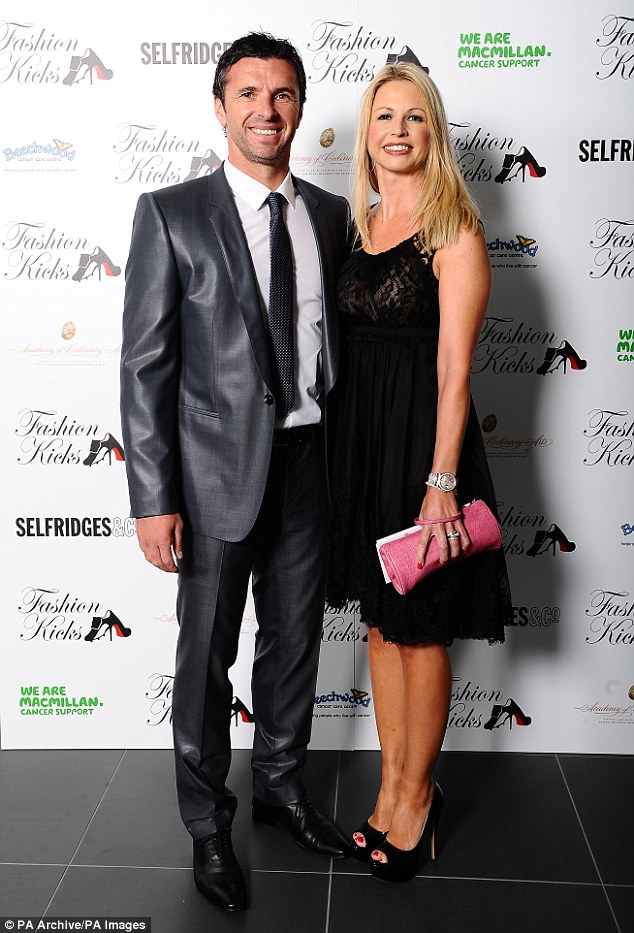 Gary Speed with wife Louise at a 2011 event in Manchester 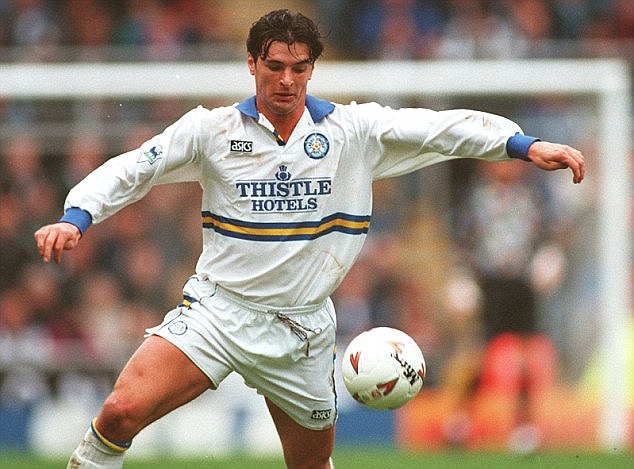 Gary Speed playing for Leeds United. He played for their youth team from 1984-1998 before graduating to their first team, where he played until 1996

In the letter, the Welshman wrote: ‘I’m so depressed. I’m just going to go to sleep now and hope I never wake up. I love you so much.’ 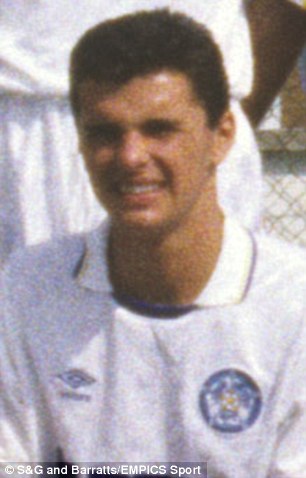 Gary had written the letter to Louise when the pair were dating as teenagers after meeting at Hawarden High School in north Wales.

She has no recollection of receiving the letter, but said it that confirms the ex-Welsh manager was battling with depression from a young age.

She said: ‘Seeing that was a lightbulb moment for me. It answers an awful lot about why he did what he did. It’s not something a normal 17-year-old would write, is it? Or not a well one. It seems to say it all really, when you consider how he ended his life.

‘If he had a mental illness then he probably had it from an early age.

‘Maybe Gary’s problems were a time-bomb waiting to explode.’

Recalling the hours before Gary took his own life, Louise said it had been a ‘normal day’.

Gary, then-42, had recorded an episode of BBC’s Football Focus and was in ‘high spirits’ and went to a party at a friend’s house.

She adds: ‘There’s never a day goes by that the memory of it doesn’t take my breath away. That scene was like a horror film. I wish there was an operation which could take your memory out and ­obliterate it from my mind.

I don’t really know what to say. I have been thinking about finishing at Leeds, I’ve also been thinking of other things which I won’t say. I’m so depressed. I’m just going to go to sleep now and hope I never wake up. I love you so much, I will always love you. I don’t know what else to say except you might see me sooner than you think, or otherwise. You never leave my mind, nothing else seems to matter anymore, I love you more than you can imagine.

‘It’s something I will find hard to forgive Gary for. We were the ones who had to pick up the pieces and what he’d done was grotesque.

‘Everyone asks why he did it but I have no answers. That’s why I’ll never have any closure.

‘The letter has made me realise dark thoughts were there from a young age.

‘Very dark thoughts which he wasn’t able to talk about. Maybe something had happened early on which he had kept to himself.’ 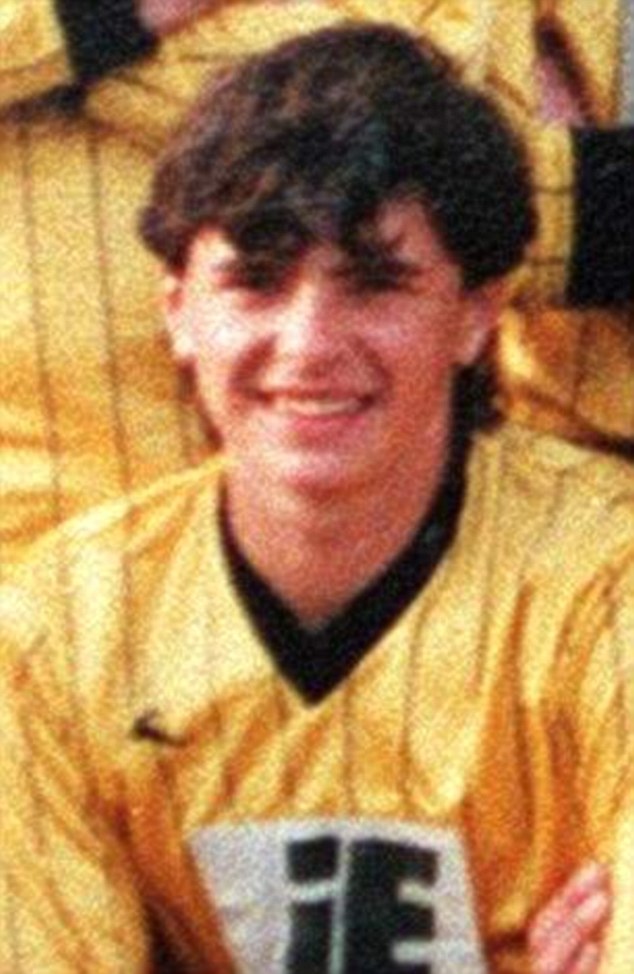 Pictured: A 14-year-old Gary Speed as a junior footballer in Manchester 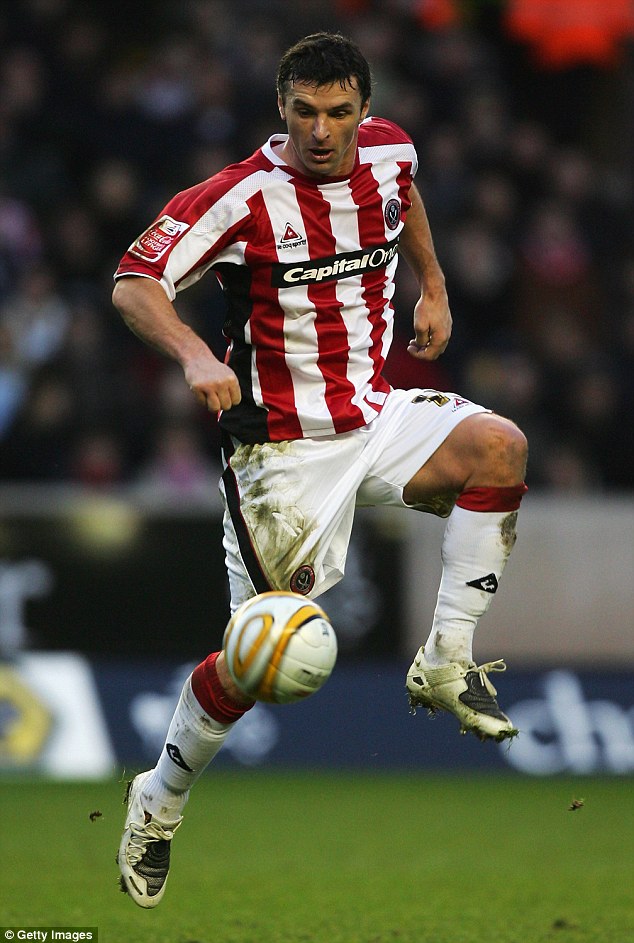 Gary Speed, making his debut for Sheffield United in Wolverhampton in 2001 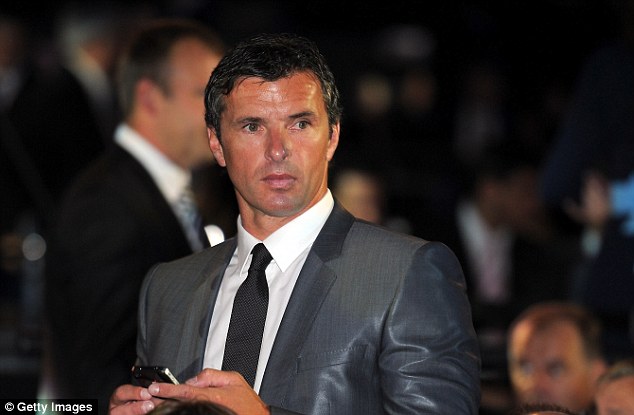 Gary Speed said he was ‘depressed’ and ‘never wanted to wake up’, in a letter he wrote aged 17

The former Wales manager was one of four men who went on to take their own lives after being coached by convicted paedophile Barry Bennell.

Although Gary was questioned by police and made no allegations against Bennell, Louise told the Mirror he ‘may have been masking things’ and ‘was obviously struggling from 17’.

In a documentary aired in February, another of Bennell’s victims said he is ‘99.9 per cent certain’ the ex-Everton star suffered the same abuse as he did. 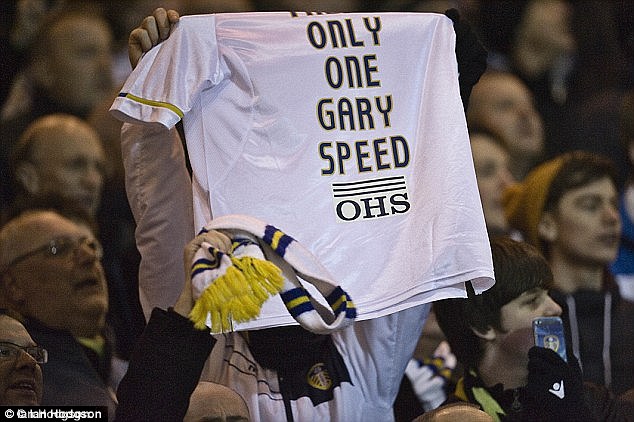 He played for Crewe’s youth team at the same time Bennell was in charge, but told police he hadn’t suffered any abuse.

Speaking of the late midfielder, Louise said: ‘There was so much love out there for him and that’s why the impact it has left is almost indescribable. It rips apart a large part of you which you can never replace because what happened was unnatural.

‘Sometimes when I see homeless guys on the street I think, “What is it that keeps them going?” They have nothing. Gary had everything.